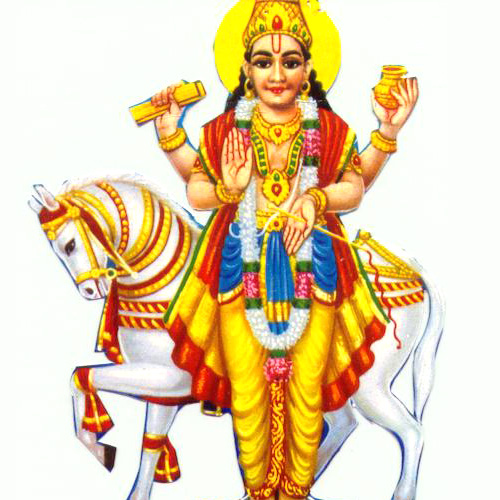 If the planet Mars is placed in the 1st, 4th, 7th, 8th or the 12th house of any Horoscope, then the person is deemed to have a Mangal or Kuja Dosh and such a person is known as Mangalik.

As per Indian Vedic Astrology, the most important effect of this Mangal Dosha is that such a native should marry only with a person having similar Mangal Dosha in his/her horoscope so that the two can lead a happy married life. Mars represents Aggression, Self Esteem, High Energy and Dominance. Hence, the presence of Mars which is a natural cruel planet can cause problems in married life if it is present in the houses which are directly or indirectly related to marriage.

Mars in the 1st House : Presence of Mars in the 1st house i.e. Lagna will also affect the 4th, 7th and 8th house by its aspects. First house represents the personality of native and hence such person are short tempered and very aggressive.

Mars in the 4th House : This house represents happiness and luxuries in life like house , vehicles, land etc. and hence the presence of Mars in this house will give adverse results related to these amenities of life. Apart from this if Mars is present in this house it will also adversely effect the 7th, 10th and 11th house due to its 4th, 7th and 8th aspect.

Mars in 7th House : Mars in 7th house affects 10th, 1st & 2nd house in addition to 7th. This 7th house being the house of spouse, Mars will create quarrels on even minor issues which may even culminate into physical violence Apart from this the other aspects of Mars from this house may create issues among the family members, including lack of harmony among the family members & aggressive behaviors. There may be monetary losses also.

Mars in 8th House : This position of Mars also affects the 11th, 2nd and 3rd House due to its aspects. Hence apart from health problems originating from the presence of a cruel planet like Mars in the 8th house, there will also be problems with the earnings and profits, Wealth and the person becomes rude and arrogant with harsh speech and simultaneously he may have strained relations with siblings and often face failures.

Mars in 12th House : Mars present in 12th house also aspects the 3rd, 6th and 7th house. This position of Mars makes a person of over spending nature, may result in sudden financial losses and a lot of enemies always trouble such a person due to the malefic aspect of Mars on the 6th house. The health of the native will also be affected adversely.

It is always advisable to get your horoscope properly checked for this Mangal Dosha as marriage is one of the most important aspect of any body's life and all the efforts that are within ones capacity should be done to make it a successful marriage. If due to any reason this aspect of the horoscope is overlooked and a Mangalik person marries a Non-Mangalik person, then inauspicious results may be seen throughout their married life as per our ancient Vedic Literature and this fact is equally accepted and experienced by all modern age astrologers as well.

Our Astrologer is here to help you find out if your horoscope is having a Mangal Dosha or not. Also there are certain planetary positions in which this Mangal Dosha gets canceled which can again be checked by going through the horoscope in detail. So one must begin his/her married life after getting their horoscopes thoroughly matched and get the Manglik dosh properly cancelled (if present) so that the native shall be bestowed with a peaceful and wealthy life.

CLICK HERE to read about Our Astrologer Shri Ramesh K Khaitan
On our special request, our astrologer Mr. Ramesh K Khaitan has agreed to provide a reasonably comprehensive Horoscope Analysis at most reasonable charges. Simultaneously we will also provide the facility for you to book the Pujas recommended for you ONLINE through our website. These Pujas will be performed by most competent Brahmins ( Pundits ) under the Personal Supervision and Guidance of our Expert Astrologer Mr. Ramesh Khaitan.
Mangal Dosh Report will contain
Our HOROSCOPE ANALYSIS REPORT for Mangalik Dosha / Kuja Dosha will have THREE components as follows :

A ) COMPUTER GENERATED HOROSCOPE PROVIDING THE FOLLOWING INFORMATION :
B ) PERSONAL ANALYSIS BY OUR ASTROLOGER REGARDING THE FOLLOWING AREAS OF YOUR HOROSCOPE :
C ) REMEDIAL MEASURES BY OUR ASTROLOGER BASED ON HIS PERSONAL ANALYSIS OF YOUR HOROSCOPE :
Please provide these informations
Please provide the following information about you in the relevant fields provided above while booking for a Horoscope Analysis :
Estimated Time of sending the Analysis
THE ABOVE REPORT WILL BE SENT TO YOU WITHIN 20-25 WORKING DAYS VIA EMAIL AFTER WE HAVE RECEIVED YOUR ORDER